You are here:
Birth StoryBlog 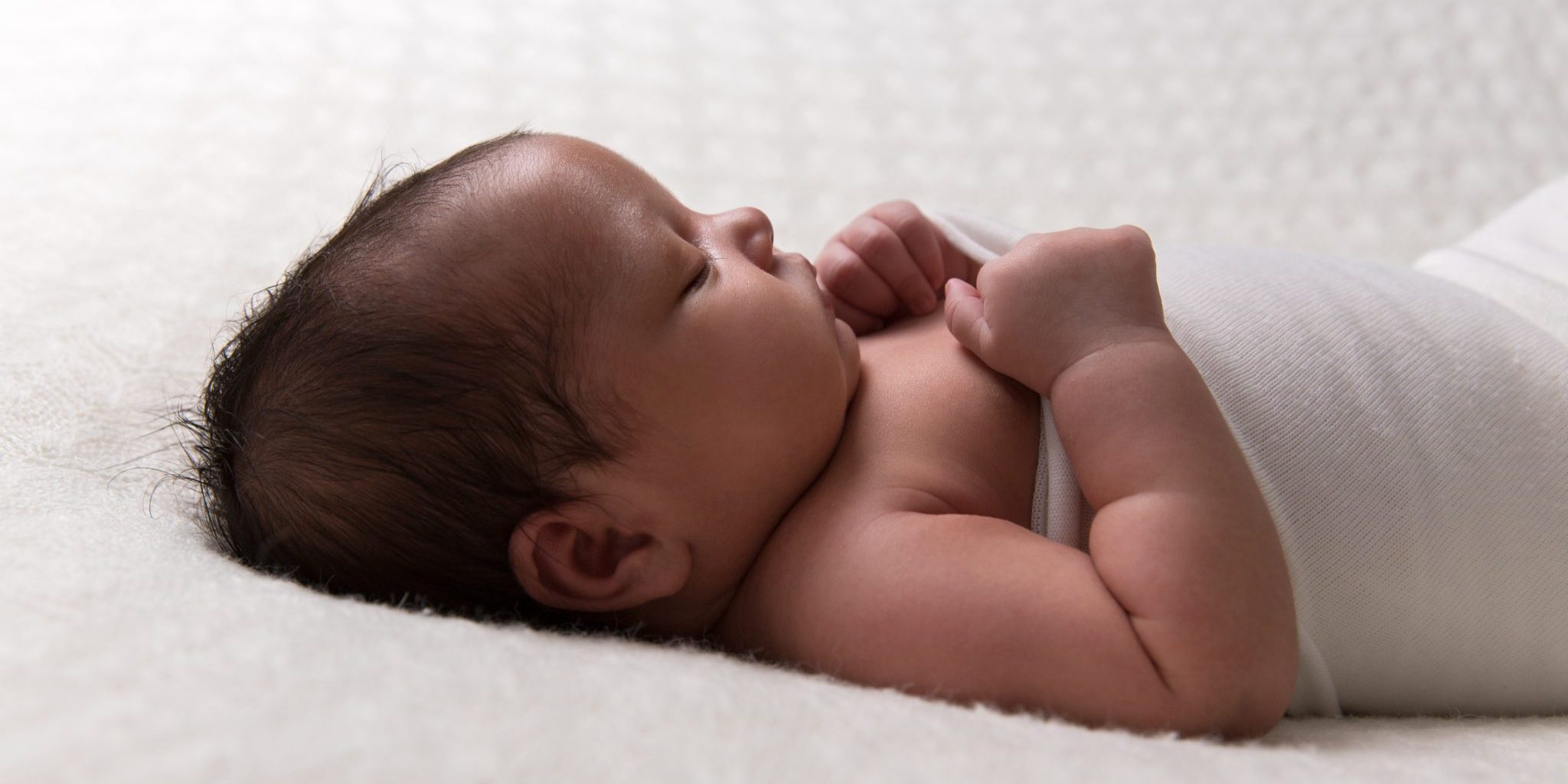 I kept telling my husband not to call our midwife, not yet, thinking I might be a long way off… But I was already in the zone and was actually very close to transition but of course I didn’t know that at the time. He didn’t listen to me anyway and snuck off when I was on the loo to call her. Despite his sneaky move, she didn’t make it for the birth. I had three things that I often visualised for my planned home HypnoBirth, me in the birth pool in the lounge room, my midwife there and me receiving my baby as she was born.  Not one of those things happened but it was still amazing.

I’d had loads of Braxton hicks from 20 weeks onwards but they’d ramped up a notch over the last few nights – so much so that I had nearly called our midwife three times to let her know.   But then I’d go to bed thinking if it was really happening I’d wake up at some point and if it wasn’t really happening, I’d just sleep – which I did.
On the Saturday night, my sisters came over and we danced a lot, I thought it might help to get things moving, I was 40 weeks and 4 days and everything and everyone was ready for this little one to arrive.   It did get something moving as when I went to the toilet I found a small show of mucous tinged with pink and knew this was my mucous plug and everything was opening nicely.
Sunday we took my son and nieces to a theme park, this was my plan to walk the day away and on Monday I woke up feeling heavy, the baby was sitting very low and my ankles were puffy – another good sign for me.   When I took the dogs for a walk in the afternoon I had to walk so slowly, I felt if I walked too fast the baby would drop out.
I had dinner with my parents that evening, my son and husband were at our home in the city and once again the Braxton Hicks started up again.   I timed a few during dinner and then later messaged my sister to say something might be happening.   I went to bed at 10pm and listened to my HypnoBirthing Rainbow Relaxation – I got half way through then got up and messaged my husband and sister to come.
Then I sent a few emails, lit some candles, started some birth music and rocked on my birth ball, breathing through surges that were coming consistently but were still mild.  When they both arrived at 11.30 it was like a light went off and I really got into the labour rhythm, surges became more intense and I just rocked on my birth ball, listening to the music and breathing.  I remember telling my sister that it was getting more intense and they were rubbing my back, applying counterpressure to my hips and breathing with me.
Fairly suddenly my body took over, I started vocalising (much to my own surprise) and felt my body begin to push – I had no control over it, I just went with it.   I remember thinking at one point that it felt like a small orange coming down my birth path.  I could feel the baby moving down on each surge and my mouth would open up and this loud ahhhh would come out.   My membranes released, my sister called our midwife and I started making my way on hands and knees towards the bedroom door – towards the birth pool.  It was up, but it didn’t have enough water in it yet to get in.
I remember seeing my dog, a big lazy labrador, sleeping next to me, he must have moved with me because he had been sleeping beside me the entire time.  I felt the baby moving down and knew she was close.  I asked my husband, who was behind me the whole time applying hip counterpressure, if he could see the baby.  He said no but then nodded his head and mouthed ‘yes’ to my sister and motioned for her to come.   I wondered why he was saying he couldn’t see her when I thought clearly he must be seeing the head by now, as I could certainly feel the head coming.
My sister got down behind me too and received my baby’s head and as the baby turned her head to the side, my dog gently lifted his head and they had a little moment, nose to nose where he gently greeted her and then went back to sleep.  This was the cue my sister needed to know all was well and not to worry.  The rest of my baby was born in the next two surges, my sister told me it was a girl, and she was placed between my legs, I just stared at her for ages, in awe of this little person who just arrived, in awe of what I’d just done.
We then got into the birth pool (I was determined to enjoy it at some point) and relaxed in there while we waited for the placenta, it was 1.15am.  My midwives arrived and we had tea, chatted and checked over the placenta when it arrived about 45 minutes after the birth.   I fed my baby, still attached to her placenta and after an hour or two we all gathered back in the bedroom where I grew up to burn her umbilical cord, myself, my husband and my sister had candles to burn the cord while my midwife helped hold the baby and take photos.  It took awhile and we all chatted and I gave thanks to the placenta for nourishing and growing my baby so beautifully and she was so quiet and peaceful during this transition, it was beautiful.

Although I didn’t get to receive my baby in water with my midwife there, I wouldn’t change a thing, it was the birth I was meant to have with the people (and dog) I was meant to be with.

If you would like to prepare for your birth with HypnoBirthing, get in touch with us here at Birth and Baby Hub or check out the HypnoBirthing International webpage for HypnoBirthing Practitioners in your local area.